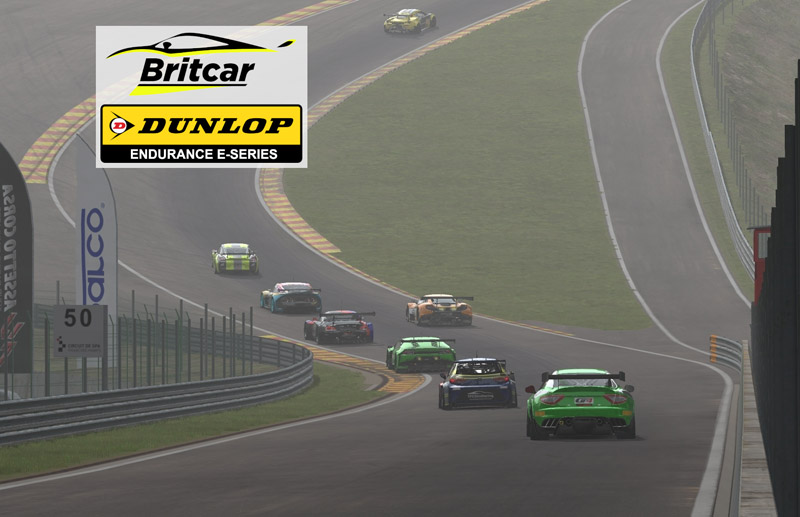 But for the current health crisis, Britcar would have been welcoming many new competitors to the 2020 Endurance Championship, and one of those is Nathan Wells, who will be campaigning a BMW E46 GTR once the season gets under way, but, eager to compete right now, he is joining the Britcar eSeries inaugural event on the Spa-Francorchamps circuit. Moving up to Clas 1 in a BMW Z4 GT3 for these races, he is keen to share his thoughts.

"I’ve been champing at the bit to make my Britcar debut this season, but seeing as nobody can be sure when we’ll be able to get racing again the simulator will have to suffice! I’ve never been a serious sim racer, but I’ve used it to learn tracks I’ve not raced before and it’s been brilliant for that. I’ve just invested in a VR headset though, which is really helping me race wheel-to-wheel with other cars without smacking into them mid-corner. In terms of differences between the sim and the real thing, the representation of the tracks and handling of the cars is second-to-none, and incredibly realistic. In the sim though, you have fewer cues to go from as there’s no g-forces and you can’t really feel the behaviour and movement of the car underneath you like you can in real life. This means you rely more heavily on visual cues than in real life, so I actually think a higher level of concentration is required to be fast and consistent (and not bin it mid-race!). Obviously there’s a lack of fear factor involved too, as you can’t injure yourself or your wallet in a simulator, so people are that bit more aggressive than they otherwise would be. I’d settle for a solid finish in the middle of my class, which means keeping my nose clean into La Source on lap one, and avoiding any mistakes. I’m also hopeful my children won’t enter the room and throw things at me or jump on top of me, but that could be wishful thinking if my recent practicing on the sim is anything to go by."

So, a realistic approach from one of Britcar’s new wave of very welcome contenders, we wish him well.