Woodman and Byford Back with Britcar 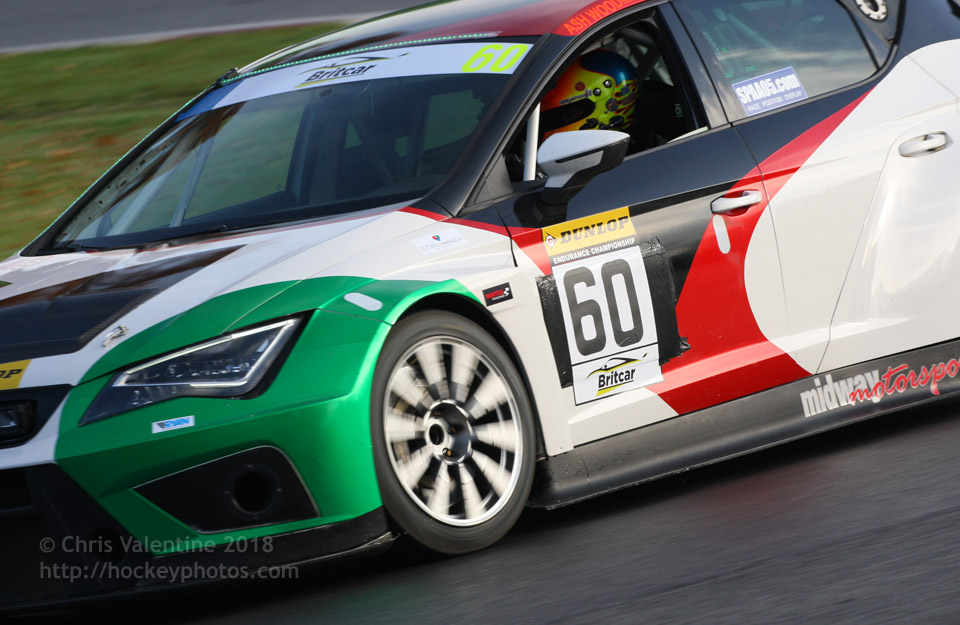 SEAT Cupra drivers Ash Woodman and Martin Byford are keen as mustard to rejoin the Dunlop Britcar Endurance Championship as the first drivers to sign up for the 2019 season. The pair ended 2018 in 8th overall position in the Endurance category and a 2nd overall in our very last race of the year, in the dark at Brands Hatch.

Well-travelled Leeds man Ash Woodman has been with BPM Racing since 2008 and co-drove the team’s well-presented SEAT in the Creventic Hankook 24-hours of Barcelona earlier this year. He said "Having our 2019 Britcar season in place early is fantastic for us. We head in to the winter break with a plan, a schedule and the means for world domination! In other words. Fuel it, send it!"

He continued, "Seriously, we can start our preparations early. Cross the T’s, dot the I’s and ready ourselves for what will surely be a hard fought and competitive Championship. The new race format means a change for everyone which might just open the door for differing strategies, time will tell. We intend to put up a challenge, we’ll do our homework, we’ll try to be fit and we’ll serve it all with a smile. That’s the BPM Racing way."

Martin Byford has a racing history as long as your arm, stretching back to Formula Ford 1600s in 1992, through British GT, Renault Clios, Mazda MX5s and has been on Britcar grids since 2010 – plus he’s an ARDS ‘S’-grade instructor so budding racers could learn a lot from this guy.