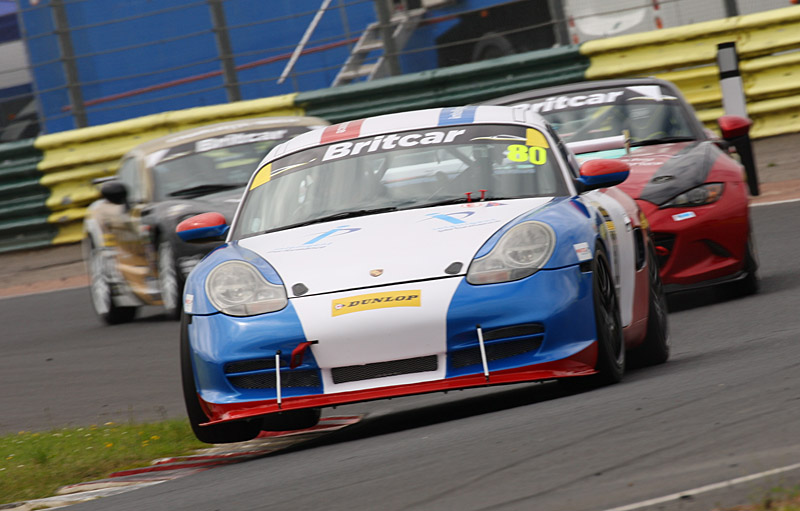 The inaugural rounds of the Britcar Trophy Championship were run in atypical conditions, within the Endurance Championship at Croft, and with the production-based cars slightly overshadowed by their faster GT counterparts, we couldn’t get a true measure of where the protagonists starred. They come to Brands Hatch in their own right, headlining the Sunday bill with two 50-minure races.

The championship has attracted an eclectic mix of competitors from a variety of other series, but this is not a motley crew or a rag-tail mob, this is a group of serious production racers, and as many wouldn’t have graced the same grid before, we don’t know what to expect. The opening rounds at Croft did lay a few tentative markers down though; we do know that, in Class 5, Barry McMahon had the pace in his Alfa 156, that Rob Baker’s newly-built Smart ForFour has winning credentials In the hands of John Packer, that Anthony Hutchins can compete with his Porsche Cayman, and that there’s more to come from Jas Sapra after a mare of a weekend with his BMW E92. What we don’t know yet is how the rest of the entrants, not seen before, will fare. A betting man may put good money on the MacG Racing Mazda RX8 of Jonny MacGregor and Josh Tomlinson, good drivers in a superbly-engineered machine, but then there is Rob Austin partnering James Goodall in a VW Golf, Richard Bernard’s Porsche Boxster, Robert Pugsley in a Cayman, and Andrew Busby / Andy Johnson in the SVG Motorsport BMW M3 – all as yet unknown quantities in Britcar.

It’s similar in Class 6 – Oliver Smith fought hard for an overall win in his BMW M3 at Croft, and the SEAT Cupra Mk1 of Brad Kaylor showed well, as did the Vinna Sport Ginetta G40, with Charlotte Birch tackling Race 2 alone when super-coach Adriano Medeiros was elsewhere, and this weekend they are joined by the Ginetta G40 of Peter Spano / Andrew Bentley, and Charlie/Campbell / Rob Smith in a Peugeot RCZ.
The Class 7 contenders kick-off their campaign this weekend – Alastair Lindsay make a welcome return to Britcar after successfully plying his trade elsewhere for a few years, in his VW Golf, and Johnathan Barrett is running a BMW 330, whilst Irish-based Derek McMahon Racing is fielding a Honda Civic Type R for Steve and Edward Cook. Team BRIT are out in force in this class, having widened the scope of their clientele, with a trio of BMW 116s. Ace graphics expert Daren Cook shares with Charles Graham, and Andrew Tucker has Matty Street as co-driver, while the drivers in the third car are yet to be nominated.

The Renault Clios, formerly running as part of the TOCA support package, have their own class, and the crack Westbourne Motors team keep the flag flying for the marque, fielding a quartet of the machines for Darren Geeraerts and James, Richard and Ben Colburn.

Just how will these diverse competitors interact? It’s going to be interesting.