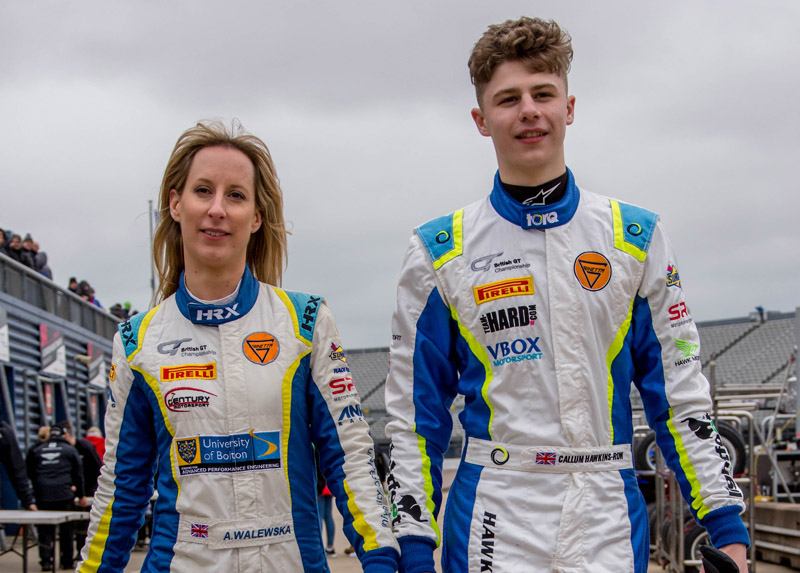 Britcar’s biggest ever grid, this weekend at Silverstone, will include a return by now British GT driver Callum Hawkins-Row, where will be supporting Adam Hatfield – whose original co-driver has pulled out. Callum paired with Angus Dudley in one of the Team HARD Ginetta G55s for the Endurance Championship last season, finishing the year fifth overall on 219 points.

For 2018, Callum has paired up with another ex-Britcar legend, Hindhead-based Anna Walewska, in another of Team HARD’s Ginettas in the GT4 category. Walewska saw considerable success in BMWs, teamed with the likes of Kevin Clarke, and is now part of the University of Bolton’s race mechanical engineering courses.

Callum said of his appearance “It will be great to catch up with you all again”.