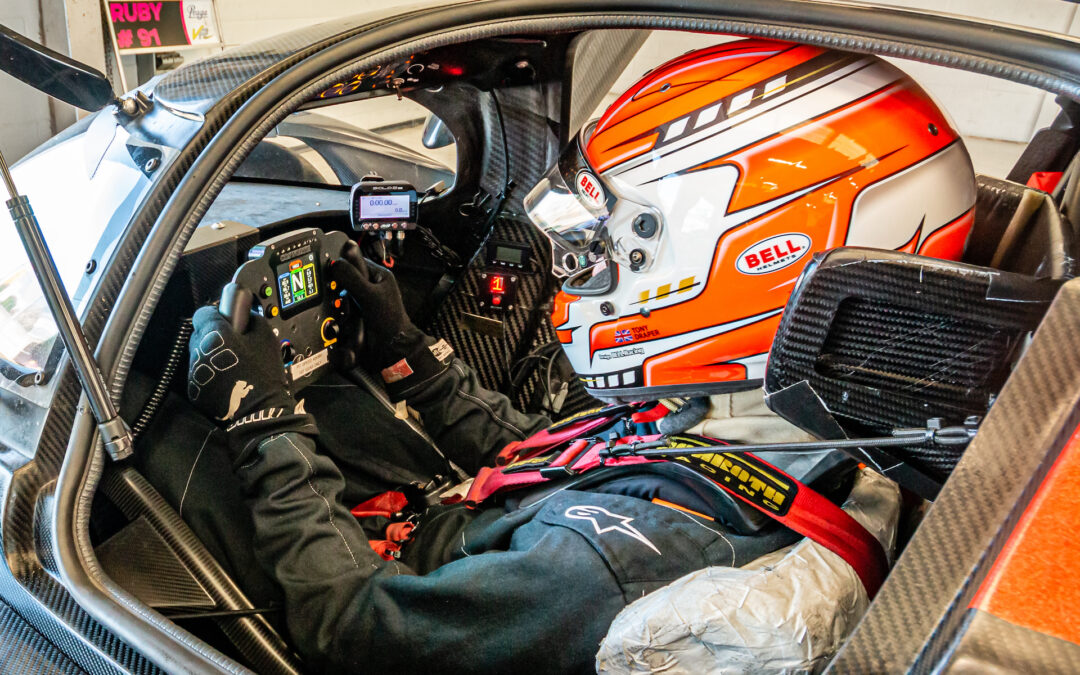 Tony Draper, the winner of the Pro Class in season 2 of the British Endurance Championship E-Series recently visited Silverstone to take part in a test in the Praga R1 as his prize from series sponsor Praga.

Perfect weather greeted Tony at Silverstone as he visited Praga factory team Idola Motorsport who were set up in the paddock tending to their team drivers in this season’s Britcar Praga Cup.

Tony was suitably enthused about the experience, “The test was hugely successful (if a touch sweaty!) and I had the time of my life! There’s no doubt about it – heading out in the Praga for the first time was a significant jump up from previous racing experiences in Ginettas. This was my first proper experience of a true ‘aero’ car and it took some time to start understanding just how far you can push the car through corners like Copse and how late you can brake. However, coming from doing the sim racing Britcar series, I was amazed at how much the skills transfer; left-foot braking and trail braking, two techniques I learned purely in the sim world, were instantly second-nature heading out in the R1T and meant I could focus on getting the most out of the car quickly. Sim racing is getting closer to real-world racing all the time and it’s great that Britcar are represented in the sim world. The competition throughout was fierce and clean, just like in the real series! 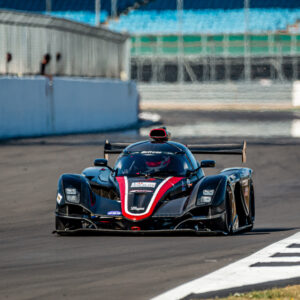 The Praga is a seriously quick machine and I’m truly thankful to Britcar, David Hornsey, Praga, Idola Motorsport and Vincent Randall for putting this test together for me. To drive a Praga at Silverstone was a dream come true – now I have to hope it wasn’t the last time!”

Idola Motorsport Team Principal Vincent Randall was equally impressed with Tony’s approach and speed, “We recently had the pleasure of have Tony Draper in the Praga R1 at Silverstone. This was his prize for winning the Britcar E series. I think it is fair to say he really enjoyed the car, and hopefully he will be back at the controls next year as part of Praga Cup.”

The ButtKicker Britcar Eseries returns to action later this year, with one of Britcar’s most iconic races replicated in an event fully endorsed and supported by Motorsport UK. Keep an eye out on the Britcar, British Endurance Championship and Motorsport UK social media channels for the latest news and more information as we edge closer to lights out.