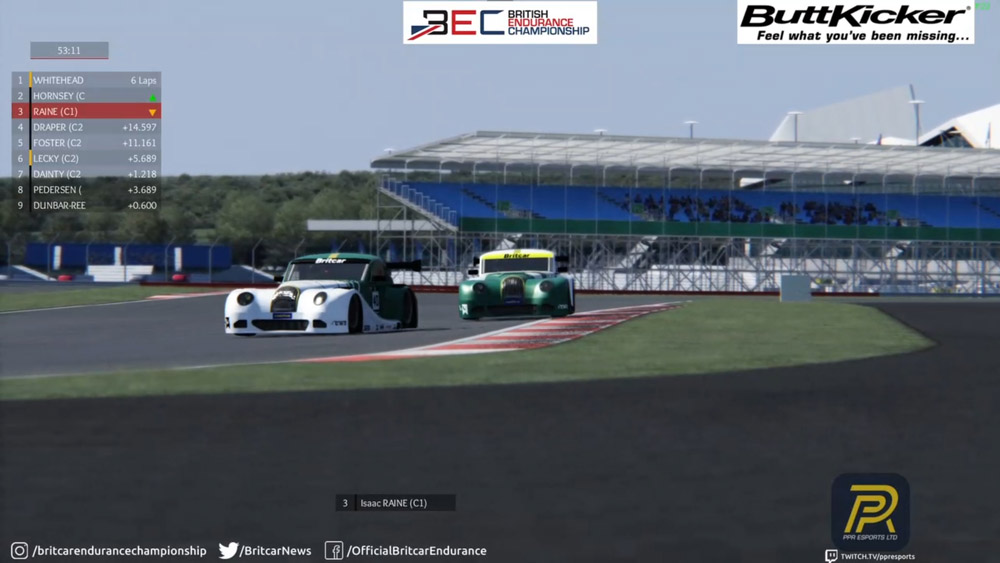 After a thrilling final race we have our two champions. Luke Whitehead was crowned Pro-Champion while Tony Draper claimed the Sim title, with both winning their respective classes in what was an action-packed Silverstone event.

On the short International layout it was Luke Whitehead who put his Porsche on pole for the final event of the series, followed by the two Morgans of David Hornsey and Isaac Raine. Already champion, Tony Draper took class pole ahead of Archie Dunbar-Rees. The two Ginettas leading a six car grid of class two machinery.

Whitehead had to defend his first place aggressively at the start, then Raine sent a brilliant move around the outside of Stowe on his teammate Hornsey to take second place. Two laps later though, Hornsey got back past through Village. In class two on the opening lap, Draper kept the lead while Dunbar-Rees and Lecky both have spins on lap two which promotes Will Foster and Ash Dainty to second and third. 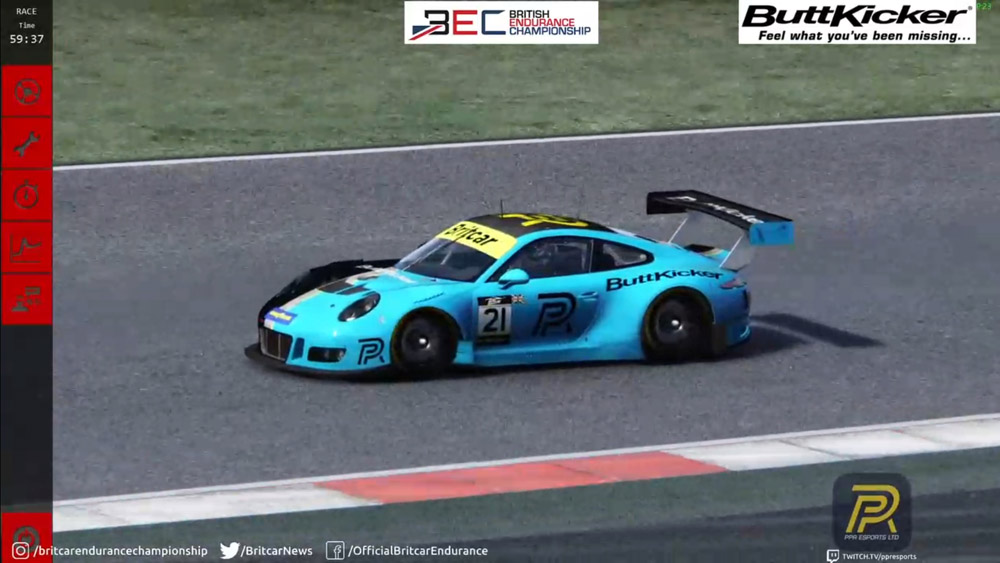 The two Morgans had an intense battle through the first ten laps as Raine attempted to get past Hornsey. Their There was a moment through Stowe where they touched, but a self-imposed time penalty from Hornsey closed the gap right back up and he allowed Raine through; then immediately went right around the outside of Stowe with a brilliant move.

In Class 2 Lecky, after his spin, had caught up to Foster and put a move on the Cupra. Passing him Foster then came back at him as the Morgan drivers were also fighting behind. These two battles then combined and as Lecky got past but Foster, once the Morgans were clear then repassed Lecky through Village. This battle then continued as the front-wheel drive and nimble Cupra could keep the rear-wheel drive, more powerful Cayman, behind him. This went on for a few more laps until Lecky did get past but then promptly pitted. This strategy did not work as Lecky came out in traffic which meant he was well behind Foster after the Cupra had pitted.

Inseparable, even in the pitstops, Hornsey and Raine continued their thrilling on track battle as Raine attempted to find a way past what was equal machinery but seemingly, Hornsey’s Morgan twice the size. This was until a mistake out of the final corner opened the door for Raine to come past into second. 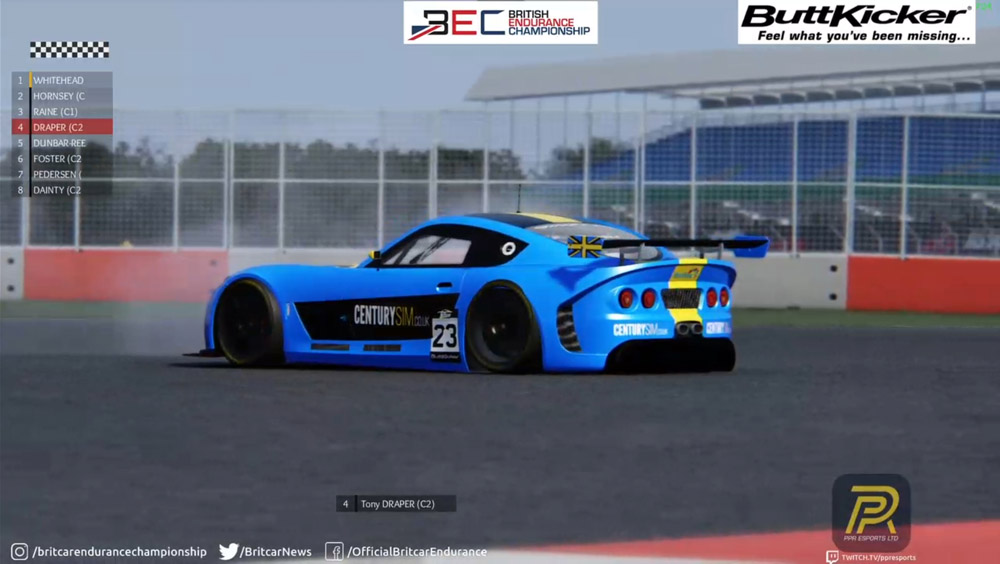 In Class 2, Dunbar-Rees had been having something of a recovery drive and was faced with Lecky’s Cayman. Like most battles during this race it went on for some laps as Lecky blocked at every chance, but was undone by a huge dive into Stowe that somehow saw no contact between the two drivers. Now past Lecky, Dunbar-Rees set his sights on Foster passing him quickly but not easily.

Luke Whitehead, who had drove a superb lights-to-flag race, won and with this win, claimed the Pro-Championship in impressive fashion after a great season in his PPR Porsche GT3. Hornsey took second after Raine had to make a splash and dash stop with just over a lap to go.

In Class 2 Draper, in similar fashion to Whitehead, took a lights-to-flag win and with that, claimed the Sim-Championship in dominant fashion having won all but one event all season. Dunbar-Rees came in second with Foster third. Ole Pedersen finished class fourth in his purple Maserati, Ash Dainty a class fifth and Lecky wasn’t able to take the flag after retiring his Cayman late on in the race.