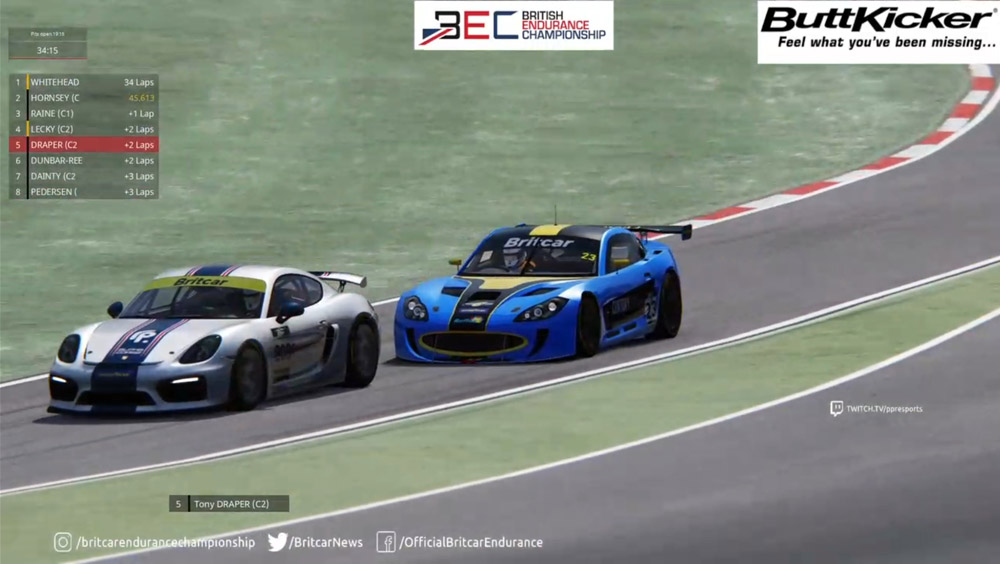 Luke Whitehead drove superbly to win at Brands Hatch putting one hand on the trophy going into the last round. While in Class Two, Tony Draper recovered from a first lap spin to take victory in what was a closely fought battle.

Whitehead qualified pole and led the two Morgans at the start with Isaac Raine leading David Hornsey. The Porsche was the dominant race car over the course of the race, with the Morgans unable to match Whitehead’s pace. Raine then spun nine laps in as he was chasing Whitehead. This allowed Hornsey through to chase Whitehead but he too couldn’t better the pace that the Porsche was lapping.

In class two the start was slightly more hectic. Draper in his Ginetta, led through Paddock followed by Archie Dunbar-Rees and Alasdair Lecky, but going through Druids, spun around and fell to the back of the field. During this Lecky managed to get into the lead of Class Two.

With Draper last, it was the nimble Ginetta of Dunbar-Rees that was applying the pressure to Lecky’s Cayman which had the advantage on the straights. It wasn’t long before Draper caught the battling pair, having passed Ash Dainty’s Camaro and Ole Pedersen’s Maserati. The Porsche Cayman was faster on the straights while the Ginettas made up the time in the corners. So, because of this, it took a lot for Dunbar-Rees to get past Lecky’s Porsche. He did get past, in a very elbows out move through Druids but then Lecky came back at him and the two collided through McLean’s with the Ginetta coming off worse. 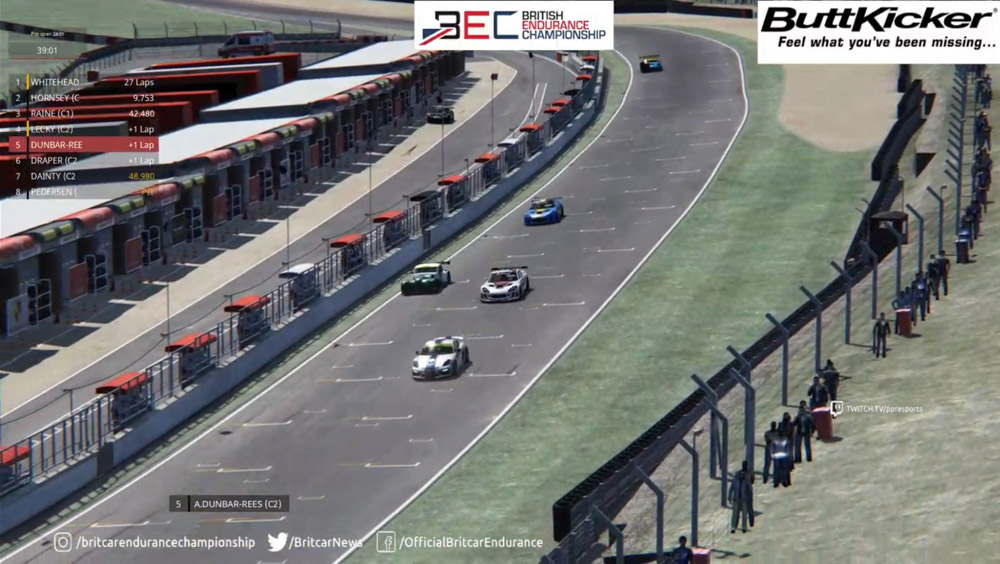 Draper then inherited second place and put the squeeze on Lecky. Though a few laps later the pair both dived into the pits nose to tail with Draper coming out well ahead. Dunbar-Rees then pitted from the lead, coming out in third behind the Cayman but lost time to it with a spin through McLean’s. This set himself up to chase down Lecky for class second but he spun off for a third time in his chase, losing out.

Hornsey inherited the Class One lead from Whitehead during the pit stop sequence, though when it mattered it was Whitehead who was ahead at the flag. A late off for Hornsey at Paddock allowed Raine to claim the runner-up spot.

Draper completed his impressive race with Class Two victory, followed by Lecky and Dunbar-Rees who was likely relieved the chequered flag dropped. Ash Dainty was a class fourth while Pedersen did not finish the race.

Isaac Raine afterwards said “I started the race on softs instead of mediums and they were just cooked after two laps” and explained how in the Morgan, “all the weight is over the front wheel, so as soon as that weight disappears when the car goes light at Paddock Hill, there is no grip”