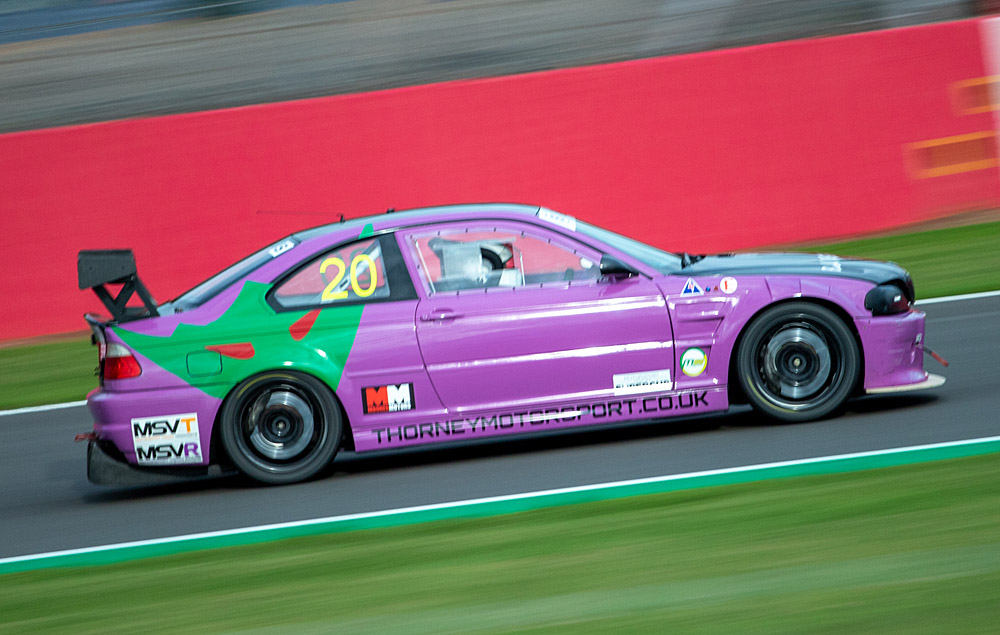 The Thorney Motorsport team are no strangers to Britcar, being staunch supporters of the Silverstone 24hr events in the past, running a Vauxhall VX220 and BMW E92 M3, and memorably being instrumental in getting the notorious Top Gear BMW to the grid and the finish line. The team return to Britcar for 2022,  campaigning a BMW E46 for Callum Noble in the competitive Class 1 of the Trophy Championship. Team boss John Thorne takes up the story: “Callum Noble has raced with us for seven years, coming all the way from track days, starting in a E30 BMW in the Production BMW Championship, and graduating to an E46 M3, where he won his class in the MSV Supercup in 2020.  Over the time we have upgraded his car to suit each championship and he has regularly been on the podium in nearly every class he has competed in”.

Callum will be driving solo as he likes the longer race distances, with John Thorne as team manager and driver coach, with every aspiration to compete for race wins.

Thorney Motorsport will be known to many having competed on the UK track and off road motorsport scene for nearly 20 years and are known for their BMW racing with the CSL Cup race cars they designed, built and ran the championship as well  the works Yamaha off road racing team in the British and international off road championships with class success in the the Dakar rally. As the largest independent McLaren dealer in the world, Thorney will be displaying some of their McLaren road cars at most race weekends – who knows – we may even see them race a McLaren in the British Endurance Championship soon!