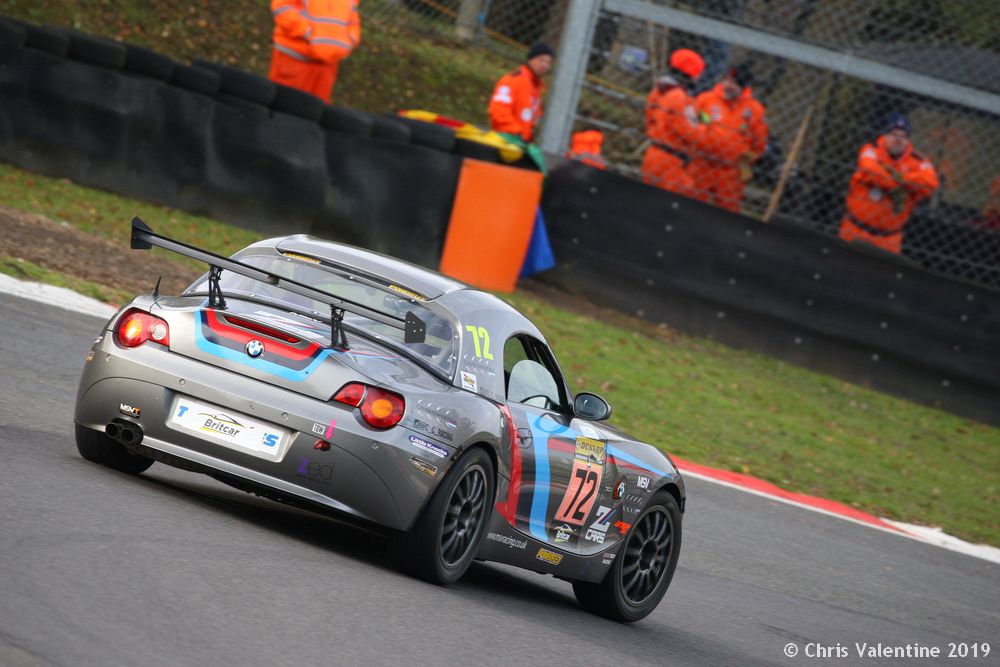 Murphy topped and tailed his season with Britcar events, scoring well in the first four rounds (a brace of wins on the Silverstone GP circuit) in the Whitebridge Racing BMW Z4 and returning for the final rounds at Brands Hatch, where he posted a win and a DNF, enough to bag the class title. Class winners came and went early on – Barry McMahon’s Alfa Romeo, and a welcome appearance from the Mini Cooper of Daniel Woodard – but it was Rob Baker who was the stalwart of the season. Early-season woes with his unique Smart ForFour, shared initially with Lucas Nannetti, meant DNFs, non-starts and no-shows, until fully sorted for the final rounds, he tasted success with novice David Farrow sharing the drive, just missing out on the title.