Cunninghams are Confident for 2017 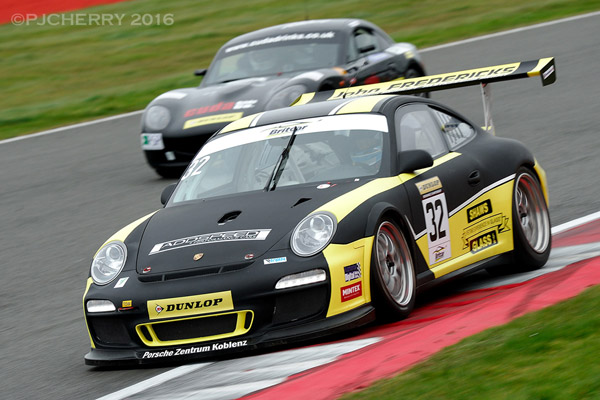 Peter and Mark Cunningham have been mainstays of the various Britcar championships for many years, predominantly in some exceptional touring cars, but last year moved up to the GT category in a Porsche 997. Having had a challenging 2016 season within the Class 2 structure, their re-configured Cup-class car now sits more comfortably in Class 3, and a recent test produced some positive results, as Mark explains: "We had a very productive and well- needed test. It’s hard to believe that 25kg of BOP could make such a difference, so most of our day was spent getting the balance of the car back and knocking a bit of rust off the drivers. We’re looking forward to the season ahead we now have a much better understanding of the car and believe we have done all we can to improve its reliability, and genuinely feel we are strong contenders to fight for the championship. We are pleased that Britcar was able to work out a satisfactory way for the Cup cars to compete in class 3, which we firmly believe is the right class for this car".

Run as usual by the duo’s own SG Racing outfit, the team has retained their usual sponsorship package from Addspeed, John Fredericks Plastics, and of course family business Shaws Glass. "We thank them all for their continued support and look forward to flying their flag this coming season" said Mark, adding "All in all we are very excited about which looks to be a very busy and tight championship year -roll on Silverstone!"