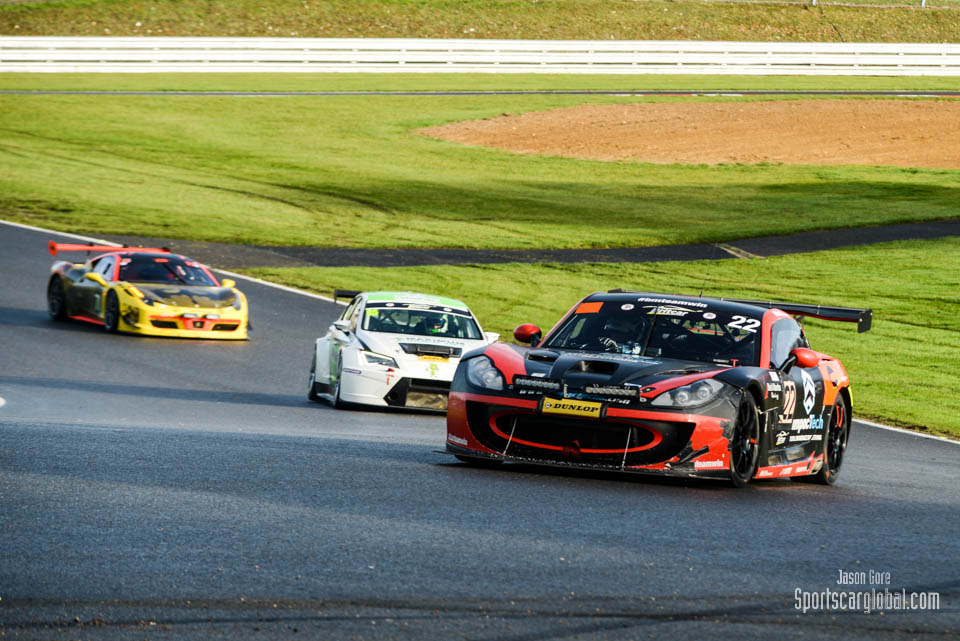 The final day of the Dunlop Britcar Endurance Championship kicked off with the #22 Ginetta G55 GT4 of Black Mamba Racing setting the fastest time of the warm up session.

Andy Demetriou and Jayde Kruger topped the morning session with a 54.226 second time around the Brands Hatch Indy circuit ahead of the two hour race tonight. The FF Corse Ferrari 458 Challenge of Bonamy Grimes and Jonny Mowlem set the second fastest time behind the Ginetta. The Radical of Rob Wheldon and Stefano Leaney rounds up the top 3 who all set within the 54 second bracket.

Whilst everyone set promising lap times, the set conditions of the warm up make the times unrepresentative with the race taking place into the night starting at 4pm.

After the monsoon conditions in last night’s dramatic race, teams were uncertain over the surface of the track. With bright skies but a damp track surface, teams made a split decision on tyres with some teams taking the wet tyres whilst some went for the slick compounds.

Team HARD were at work last night in a bid to fix the damage 24 car of the Ginetta G55 GT4, piloted by Simon Rudd and Tom Barley. During last night’s race, the Ginetta, piloted by Tom Barley hit the wall into Paddock Hill bend at over 100 MPH, heavily damaging the front end of the car. HARD spent majority of the night fixing the car with spare parts from their other entries competing this weekend.