Endurance Race 2 Report: Scaramanga and Powell Seal the Title With a Win 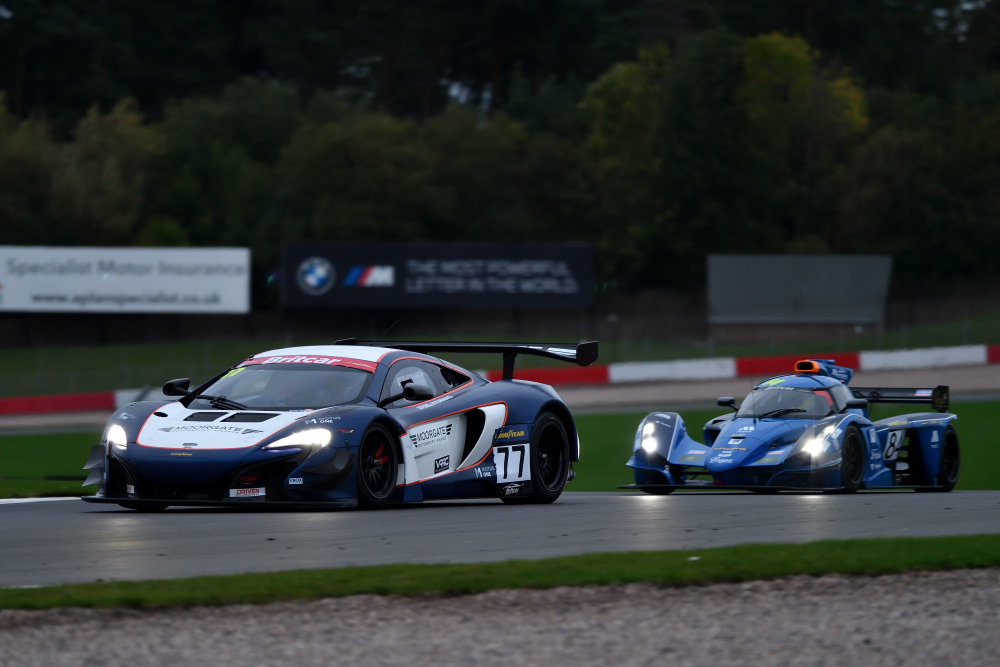 A win was essential to ensure the overall Endurance title, and Dave Scaramanga and Will Powell claimed the race win and the championship in the Motus One with Moorgate Finance McLaren as the sun set over the 2021 season.

Delays through the day had challenged the timetable, and in the gathering autumn gloom, the race was foreshortened to 45 minutes duration, to avoid racing into total darkness.

The Endurance runners nosed into the leading Pragas at the rolling start, and taking the customary first-lap excursion into the Redgate gravel this time were Dale Albutt’s Aston Martin and George Heler’s Golf TCR. The Safety Car was deployed immediately, but the errant cars were on their way without much fuss and the caution was lifted after just one lap. Already visiting the pits were Richard Wheeler’s Nissan, which would go no further, and Hugo Cook’s Audi TCR, which would do a few more cursory laps before retiring. Also pitting during the initial two pace laps was Marcus Fothergill in the Porsche 991 – driving alone for this race after co-driver Dave Benett sustained injury in that accident at the start of Race 1, Nigel Moore and the Tockwith team had worked tirelessly to get the car fixed, and three laps were lost while adjustments were made to the untested repairs. 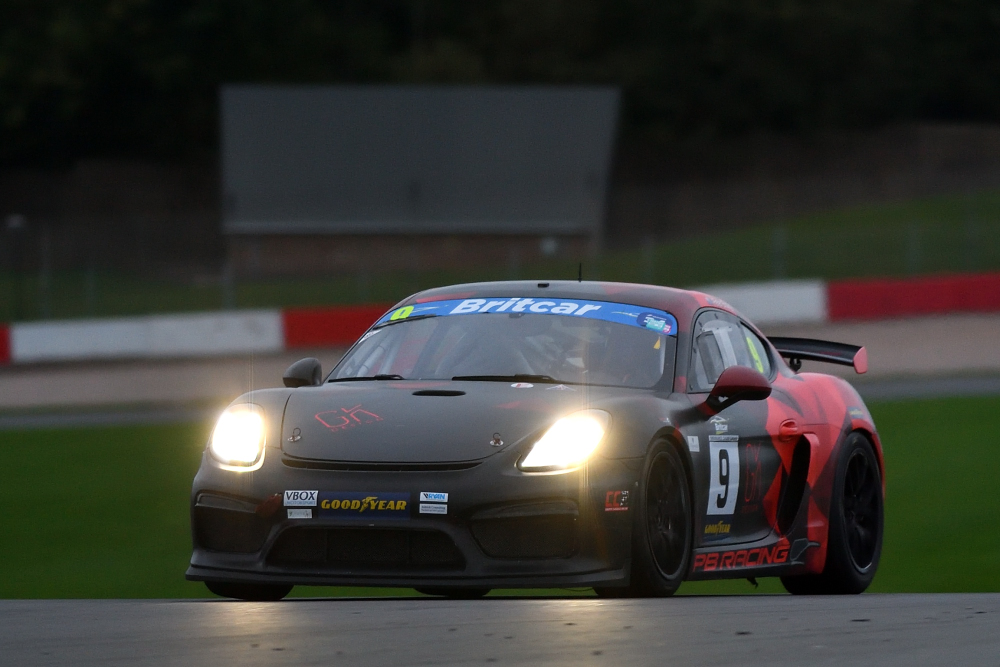 Once again it was Jonny MacGregor’s Taranis that led the Endurance pack, with Steve Tomkins in the gorgeous Aston Martin Vulcan up to second after a cautious start. Bonamy Grimes and Lewis Plato were trading places in similar Ferraris, and after trailing the Taranis for a few laps, Dave Scaramanga was now holding steady in the McLaren. Already at the head of Class 4 was Jamie Vinall-Meyer, now getting to grips with the Ligier, while Peter Erceg’s Cayman was proving diificult to pass, taking Martin Byford’s Cupra several laps before the move was made. The pit window opened just 15 minutes in, and would close after 15 minutes, and once the field settled again, Will Powell, now in the McLaren, led Jonny Mowlem’s FF Corse Ferrari 458, taken over from Bon Grimes, by three seconds, a lead that would be extended to seven seconds at the flag, which fell a couple of minutes early due to it being just too dark to safely race.

Jonny MacGregor’s Taranis was a lap down in third, less than a second ahead of the Valluga Ferrari, which Carl Cavers had taken over from Lewis Plato, and which headed a brace of further Invitation entries, the Viper of Wayne Marrs / Tom Jackson, and the Aston Martin Vulcan next up, Gleb Stepanovs having relieved Steve Tomkins. Marcus Fothergill, stone last on the road after that early three-lap deficit, had done enough to seal the Class 3 title for himself and injured co-driver Dave Benett, while Charlotte Birch complemented Jamie Vinall-Meyer’s opening stint in the Reflex Racing Ligier JS2-R, taking the Class 4 win after leading through the whole race, an impressive feat from the two youngsters in their first event in the car, which earned them Sunoco Driver of the Day and Britcar Driver of the Day respectively. 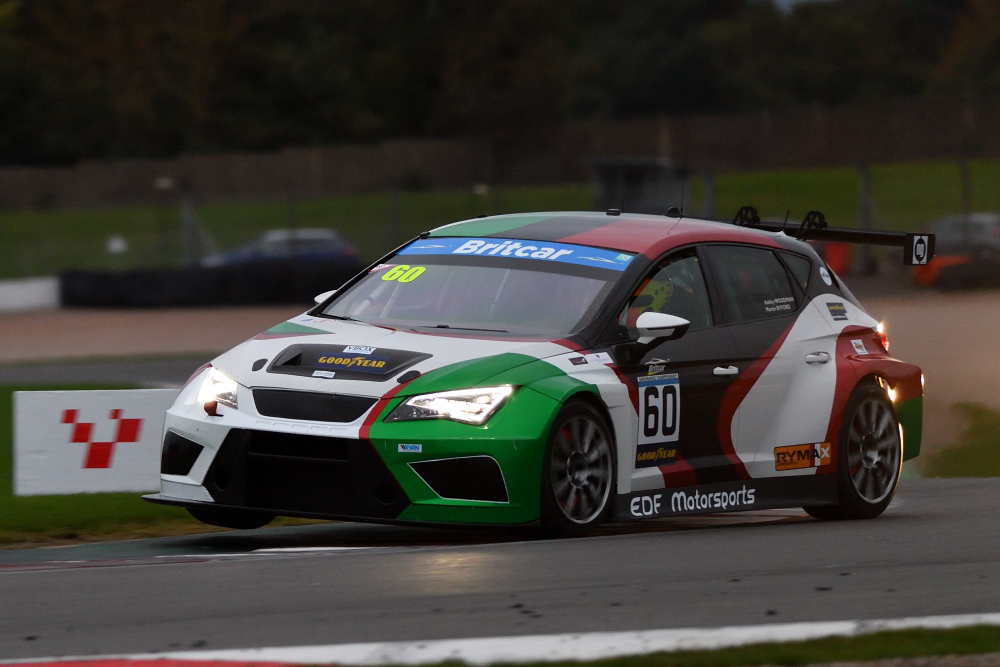 Alex Day and Will Foster brought the CTR Alfatune Cupra home to the class runner-up spot, ahead of Bobby Trundley, who took the Team BRIT Aston Martin over from Aaron Morgan, and relieved Peter Erceg’s PB Racing Porsche Cayman of the final podium spot just after the pit stops. Erceg’s points-paying finish earned him the Class title, and a place on the overall championship podium, as did the fifth place for Ash Woodman and Martin Byford in the EDF Racing Cupra, while Dale and Mark Albutt recovered well from the opening-lap excursion in the Triple M Aston Martin, finishing ahead of the AFM Racing Cupra of Mark Havers and Rick Kerry (which missed the first race), and the Sheard Autosport Golf TCR of Jonathan Beeson and George Heler.