Eureka Pair Back for Endurance Assault 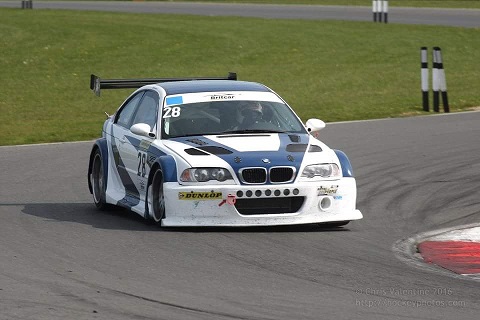 A pair of Bedford-based drivers will return to mount an assault on the Britcar Endurance Championship in 2017, in the BMW E46 M3 GTR that propelled them to a slew of podiums in the shorter GT and Production races last year.

Having secured a raft of local sponsors – to be reflected in the car’s new livery to be unveild in March – Eureka Motorsport owner/manager/driver Rob Hudson re-joins Brazilian-born ARDS instructor Adriano Medeiros. Rob said "We’re looking forward to a challenging year in Britcar, we’ve got some great sponsors behind us and and having the guys from Geoff Steel supporting us should be a winning recipe. We had a good introduction to Britcar in 2016, which has helped breed confidence. We are really looking forward to being a permanent part of the Britcar family."

Adriano continued "We raced for 4 races last season in the Production Series and we won our class at Snetterton and finished second overall. Rob is learning and his move to the Endurance championship is a step up and Rob wants to learn as much as possible so I’m sure we’ll have an exciting season."

The team will benefit from continuing technical support from North East race BMW experts Geoff Steel – who include Silverstone 24 Hours in their list of honours. "I raced with this team last year and I’ve always had a lot of respect for them and their work," said Adriano. “Now to know that I will drive their again this year car is really exciting."