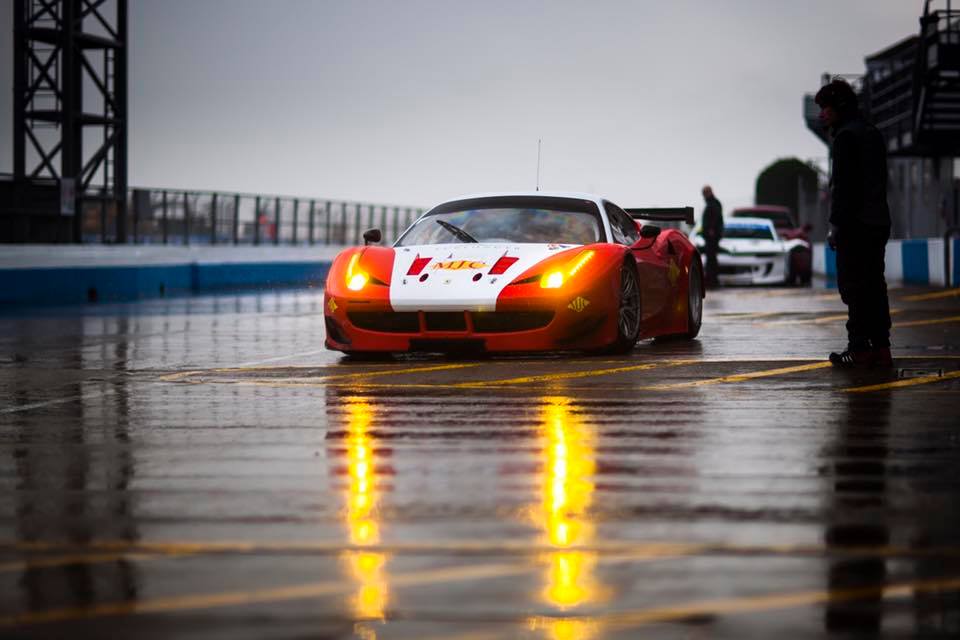 The rejuvenated Britcar Championship welcomes back a rejuvenated Britcar champion – Witt Gamski took back-to-back title honours in 2009 and 2010, the second of those boosted by a famous victory in the Silverstone 24hrs event, and after a lay-off that featured some sporadic outings, the big man and his MJC team return with a vengeance, the faithful Ferrari 430 GT2 now replaced by a 458GTE with VdeV provenance.

Witt’s last competitive race was a Ferrari invitation event at Silverstone in late 2014, and after a rest, plans to contest the 2016 Creventic 24hrs series in the 430 GT2 were stone-walled by the formidable Ferrari supplier and preparation specialist Cristiano Michelotto, who suggested the 458 GTE as a better option. Sadly, the MJC team’s Swiss-sourced machine failed to make the series due to an engine-bay fire, but now, after refurbishment, is back to mount a serious attempt at the Britcar Endurance Championship. "it is back, re furbished and ready to go, albeit, waiting for a quieter exhaust system, much to the disapproval of Mr. Michelotto, but we have no choice if we are to run the car in the UK" rued Witt.

The car will be run by the "old firm" that seized previous championship honours, the Furlongers duo of Darren Handley and Neil Cooke, with the redoubtable Peter Livesey whipping it into shape in the pits.

Witt has never been short of attracting some serious driving talent to partner him in long-distance races, and this year has secured the services of 25-year old Dumfries-based Ross Wylie (who claimed the 2014 British GT4 title in a Beechdean Aston Martin and has been a mainstay of that championship in recent years), as well as being able to call upon a pool of skill and experience if matters arise: "Over the last couple of years, together with Phil Dryburgh we’ve had some friends/drivers having fun and driving the 430 and 458, so Phil, Rory Butcher and Rob Smith may make the odd appearance in Britcar this season" said Witt.

Witt’s own company, MJC, will be the main sponsor, and as well as getting the car race-ready for the opening round at Silverstone on April 9th, Witt is hopeful that the ankle injury he is currently nursing will have healed in good time.

The MJC machine is one of five Ferrari 458s of varying specification to be gracing the Britcar grid in 2017 – this is going to be a great supercar season.