Praga Race 2: Mittell and RAW dominate race 2 on a successful first Round of the all-new Praga Cup 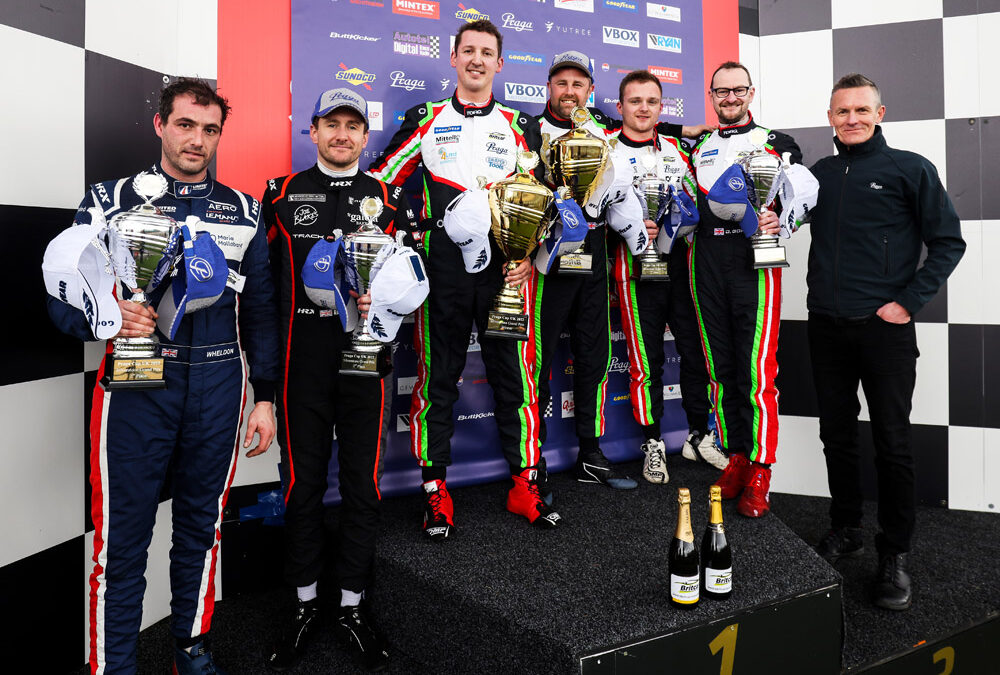 Mittell Cars’ Charles Hall and Scott Mittell had a storming race in changeable conditions on the Silverstone GP circuit. In winning from the back of the grid, Charles Hall also celebrated, receiving Praga’s ‘Driver of the Day’ as a result.

After a slight off in qualifying which saw them unable to complete the mandatory laps, Hall was eager to make up for the mistake. And he did, emphatically, producing a brilliant first lap moving to second place and right behind the No.4 RAW Motorsports car as he crossed the line. He then passed the No.4 Praga R1 through Copse and proceeded to pull away.

Also coming from behind was the Arden team, winners on Saturday, having also had driver-change issues in qualifying which saw them placed at the back for the start. While not able to replicate Hall’s charging start, Tom Canning brought his R1 up to fourth by the second lap with some great moves. His best, a brilliant feint to the outside of Richard Wells before diving down the inside at Stowe. 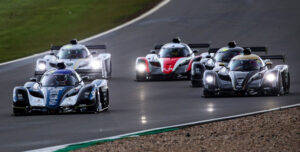 As rain started to fall across the back of the circuit drivers started getting caught out through Maggotts and Becketts. Canning had a brief wobble through the high-speed entrance of the complex, then Richard Wells, Jay Morton and Jimmy Broadbent all had separate spins, with the latter two coming into the pit-lane to change to wet tires.

Broadbent came out right behind Wells, though a lap down, and the pair battled for track position. At first it was Broadbent that was ahead but as the track dried, Wells re-passed on the faster tyre.

At the front, Hall had amassed a lead of over 30 seconds and when the pit window opened went long into it, as other cars pitted to change drivers. In the Mittell sister car, Christopher Wesemael, building on Dan Gore’s strong opening stint, started to set fastest lap after fastest lap and began to close the gap to the Arden car. His strong pace meant that when the Arden car had pitted, Wesemael came out ahead and in third place.

After the changes, pro-driver Rob Wheldon was at the helm of the RAW Motorsports car in second and was cutting into Scott Mittell’s lead. At one point he took ten seconds out of the gap across two laps, as it looked like Mittell had fallen back. But Mittell steadied himself and maintained the gap well, taking the win with a gap of ten seconds to Wheldon, who had done well to close the original 30 second gap. Wesemael made it a Mittell car one-three, and capped off a great race for the team new to Praga.

UWRacing had a brief battle, for fourth, with Alex Kapadia in the No.1 Tim Gray Motorsport car, but Kapadia got ahead and put in some impressively fast laps. The fastest being a 1:55.407, the quickest time set over the course of the weekend. Meanwhile, UWRacing finished fifth at the flag, an impressive result for the student-run team in their first weekend and a good recovery from Saturday.

Charles Hall, driver, Mittell Cars, said: “The start was pretty good. Although starting last, everyone went left, leaving me a clear track right up the middle. I thought I was doing something wrong here because everyone hit the brakes and we got a nice clear line and it just stuck.  I found myself in second place, then got the lead, so I knew to get my head down, but it started to rain. We’ve got a better car set-up for the rain than the dry. Then it started to dry, so the team were telling me to stay out, so we did the long stint, pushed through, and gave Scott the best chance when I handed the car over. I don’t know how the team do it.”

Rob Wheldon, driver, RAW Motorsports, said: “We made really big steps forward as a team and with the car. We are new to it, competing against teams who have been in it a bit longer than us, so to be at the stage that we are at already – a race win, two poles, and a second -we claim a good weekend. We’ve got a bit of a way to go in terms of learning about the car, what makes it tick and what makes it work, but we are starting to get an understanding. I don’t think it’ll be long before we are being chased rather than doing the chasing.” 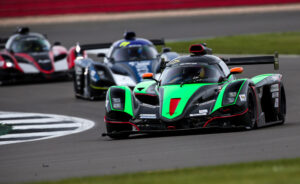 Dan Gore, driver, Mittell Cars, said: “It was good to get something out of the weekend, after I made a big mistake yesterday. I still need to work on my pace, but I kept the car on the road when it started raining and brought it in in a place that Chippy could do something with it. We are pleased to get a trophy from the first weekend in the Praga Cup.”

The Praga Cup will return on April 2nd at its home track, Oulton Park.

To watch the race in full, visit the BARC YouTube channel here.