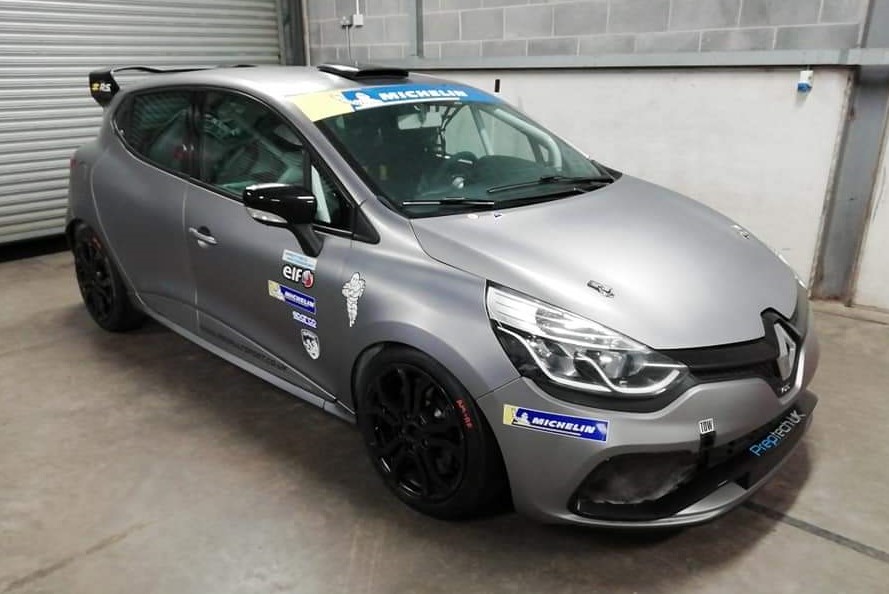 Preptech, a team with considerable experience of racing on the high-profile TOCA Support Package, are entering the 2021 Britcar Trophy Championship with a rather special Renault Clio for new driver pairing Andy Mollison and Ryan Firth, and team boss Oliver Barnard is aiming high; "Our aim for the season is clearly a run at winning the T2 class in the Trophy and seeing what T1 cars we can pick off along the way." Preptech, established for 12 years, will dovetail the Britcar campaign with their TOCA Ginetta Junior and GT4 responsibilities this season, and have prior endurance credentials in the Creventic and Club Enduro series, where the relationship with Andy Molllison has been nurtured.

Andy takes up the story: "I have raced in the Creventic 24hr Series in various front wheel drive cars (from Clio Cup cars to TCR). A couple of rounds were with Preptech, and I also drove for a Swiss team who were the development team for the Clio Cup endurance package. It is from that connection that I managed to get hold of a Renaultsport Clio Endurance engine, so to our knowledge we are the only Clio in the UK running this more powerful engine package which means we are in the T2 class rather than the Clio class. I did dabble with a Porsche Boxster a couple of years ago in the Club Enduro series but just never really gelled with it, so have gone back to my roots of front wheel drive machinery, and bought a Gen4 cup car, and got Oliver at Preptech to prepare it for me, with this quicker engine in. My background is predominantly with front wheel drive, however I have also driven a Porsche 996 GT3 at the Daytona Classic event through one of my sponsors, where we won our class back in 2017. I am also an ARDS Grade A instructor."

Ryan Firth’s background is entirely different, as he explains: "I started racing back in 2016, competing in the MG Trophy championship. I went on to win the 170 class championship and finish 3rd overall in the 2018 season. I then made the decision to step up to the Ginetta GT5 Challenge for 2019, it was a big challenge as it is a very competitive championship. I ended the season fairly strong having multiple top 10’s and finishing the last race of the season in 4th place. I am delighted to be partnering with Andy Mollison and Preptech UK for the 2021 season, our aim is to win the T2 class championship this year."

So, a new pairing of successful drivers, run by an experienced team, with big ambitions, against some formidable opposition. It’s going to be a great year for the Britcar Trophy Championship!