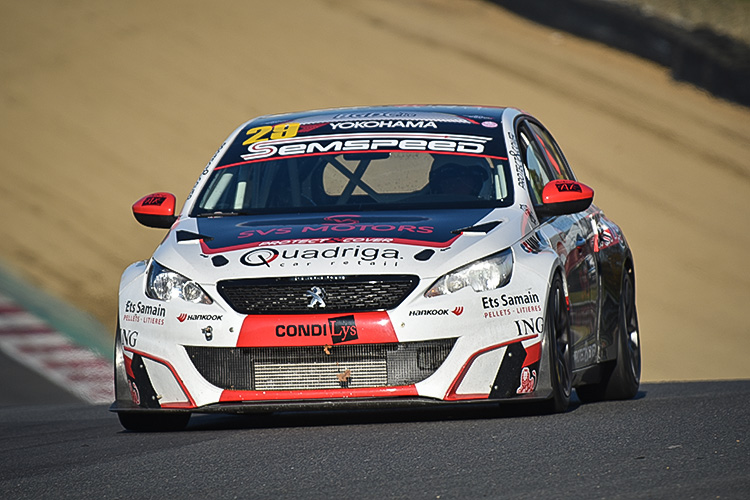 Steve Rothery looked around the Britcar paddock at Brands Hatch a few weeks back, liked what he saw, and has signed-up for the rest of the season! Rothery Racing will campaign a TCR-spec Peugeot 308 for Steve, and co-driver Chris Whiteman. Steve has previously run the Peugeot, sourced from Belgium, in the Tin Tops series, and kicked off 2019 with a double win at his local track, Brands Hatch, over the Easter weekend.

Steve and Chris, both Kent-based, honed their racing skills in the rough’n’tough side of motorsport, Steve in trucks, and Chris on the short ovals, and more recently have been successful in club saloons, so the endurance aspect of Britcar, in competition with a number of similarly-specced machines, is a natural progression.

With proven winning credentials, their presence will spice-up an already competitive Britcar championship.