The Chase for the Title – The Final Countdown 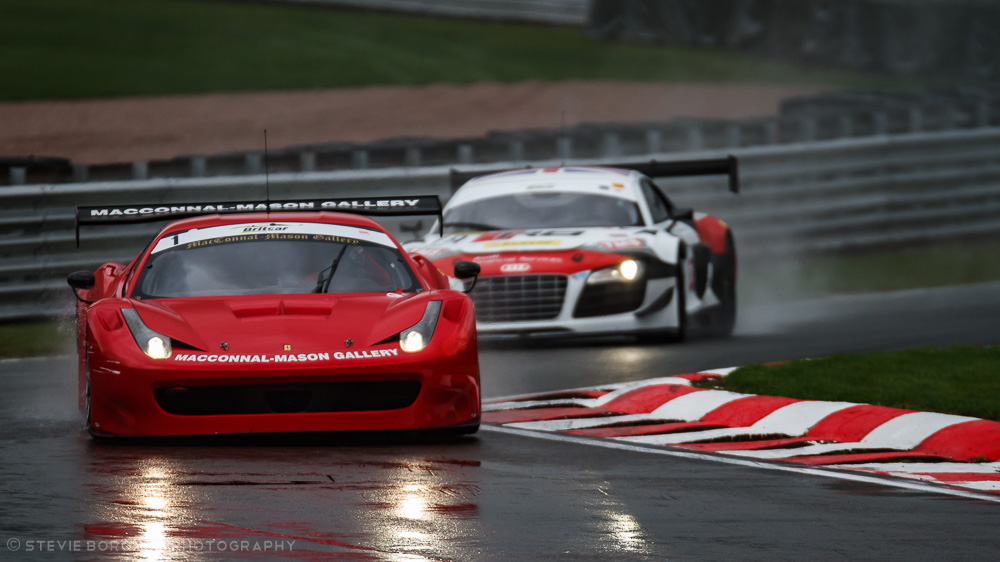 With just one more round to go – the unique “Into the Night” race on the Brands Hatch Indy circuit – we have a three-way battle for the overall Dunlop Endurance title.

Heading the standings are Phil Hanson and Nigel Moore with 155 points, Jacob Mathiassen and Steve Fresle on 144, and Chris Murphy and Jonny Cocker/Jody Fannin with 136. There’s nobody else mathematically in with a shout, even if these three protagonists fail to finish at Brands Hatch. So, with a maximum 27 points (win, pole, fastest lap) in each class available, a lot depends on reliability, and the Class 3 result, in this final round.

Hanson and Moore can afford to finish no lower than third in Class 1 to guarantee the overall crown, on the assumption that Mathiassen and Fresle bag the full trinity of points, which would leave them just one point away from the top spot. If Murphy and Cocker bagged that amount, though, they would still need the other two to have a really bad race, and in Hanson/Moore’s case, a DNF, to steal the title. So, in short, barring some real issues, it’s between the Tockwith Audi and the Century Ginetta for the Championship, with the Whitebridge Aston Martin there to spoil the fun.

In the class title standings, it’s more clear cut – with Hanson and Moore 68 points clear of nearest rivals Calum Lockie and David Mason, they go into the final round as Class 1 champions-in-waiting, and in Class 3 it’s a straight fight between the aforementioned Mathiassen/Fresle and Murphy/Cocker pairings, a fair reflection of the season as a whole, which has seen the rivals as the closest-matched in the races. Class 2, however, is led by Mike and Anthony Wilds, and, despite a late start and some sporadic absences, their 85 points is 25 ahead of Darelle Wilson and Ian Heward, who could well show up in a different car at Brands, gifting the class honours to the Wilds’s, as the next nearest contenders, Mark and Peter Cunningham, are 33 points adrift, so couldn’t do it, even with a full points tally.

Mike Moss has employed a number of co-drivers in his journey to the top of the Class 4 points table, and has also mixed and matched his races with a parallel Dunlop Production campaign in the same BMW M3. He will have to choose his battles carefully in the final round, as if he prefers to run the Production event only, he could well be usurped of his provisional class crown by Lee Atkins and Sam Alpass, who are lurking just 23 points behind. There will be no contest for the Class 5 title, though – Alyn James, assisted variously through the season by Martin Byford, Dan Ludlow and Dan Wheeler in the Synchro Honda Civic, has endured a lonely journey to bag the honours already.

Of course, these predictions assume everything is on an even keel – let’s not forget this is a three-hour race, into the winter darkness, with a fair number of new and returning entrants in what threatens to be capacity grid – anything could happen!