Trophy Race 2 Report: Baker and Reuben Take the Win and The Title 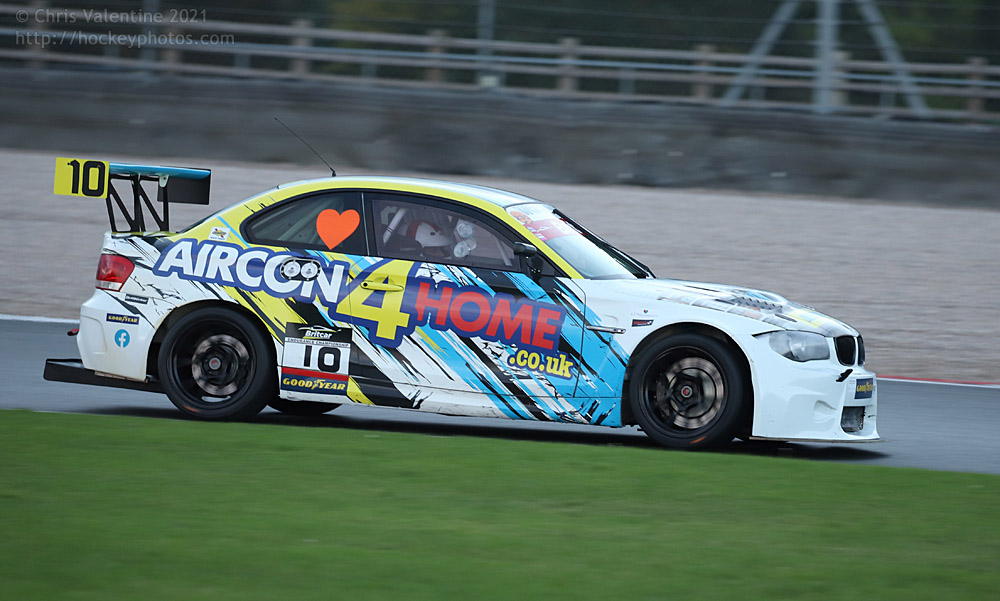 After the debacle in Race 1, Simon Baker and Ollie Reuben, in the Woodrow BMW 1M, took a close win, sealing the Overall and Class titles.

The race was foreshortened to 45 minutes, and the Redgate gravel didn’t claim any first-lap victims this time, it was a clean getaway from the rolling start, and the Kester Fiesta shadowed Baker’s BMW round the first lap, with Jas Sapra’s threatening E46 just behind. The drama came at Fogarty’s though, as James Black’s Clio rode over a kerb and proceeded to empty the contents of its sump along the straight up to the Melbourne hairpin, causing multiple spinners and sliders, and the deployment of the Safety Car.

The caution was lifted after four laps, and the Melbourne melee had re-shaped the order somewhat – much the same at the front, the leaders had been in front of the oil slick, but Class 4 looking a bit old-school, with Edward Cook’s Civic leading the Reflex Ginetta G20, with Tony Draper at the wheel. Coming through fast, too, was Josh Tomlinson in the MacG Racing Mazda RX8, which started at the back due to issues in qualifying, and missing Race 1. The pit window opened shortly after the field went green, and Kester Cook was the first of the leading group to come in, followed by a raft of class runners. Staying out, though, was Andy Tucker in the Team BRIT BMW 240i, particularly racy this weekend, overtaking Ollie Turner’s Golf, and pursuing Rob Smith’s Peugeot RCZ, so, keen to capitalise on his form, Tucker stuck it out until the pit window was just about to be locked shut for the day, slipping through what he thought was a narrow gap. The officials thought differently though – more on this story later.

Mark Lee was in trouble with the men in serious trousers too, awarded a drive-through penalty for a Safety Car infringement, which effectively put paid to him troubling the leaderboard, and with Colin Wells’ Mazda MX5 in the gravel, and then Charlie Campbell’s Peugeot, the Safety Car was called again, and once the caution was lifted, there was just time for three more laps in the gathering gloom. Axel van Nederveen had brought his Ginetta G56A onto the tail of the leading Woodrow BMW in the Safety Car crocodile, and Ollie Reuben had to use all his skill and guile to keep ahead of the white Ginetta, less than a second separating them at the flag, and sealing the class and overall titles for Woodrow, Simon Baker, and the absent Kevin Clarke.

Bryan Bransom brought Jas Sapra’s E46 home third, with Kester Cook’s Fiesta next up, the top four covered by 10 seconds, then Jonny MacGregor in the MacG Mazda RX8, a great result for the erstwhile troubled machine that Josh Tomlinson had hauled through the field in his opening stint. Ollie Turner, impressive again in the Invitation-entry Golf, was the first Class 2 runner, ahead of Lee’s top-class Ginetta, but the points-paying places in Class 2 went to the Ramen Racing Ginetta G40, Peter Spano’s early stop allowing Adriano Medeiros to make the most of the period between the cautions, finishing ahead of Richard Higgins’ Porsche 996, and the two amigos in the Boxster, Anthony Hutchins and Chris Dawkins, with the Boxster of Kevin Hancock and Leigh Smart finishing further back. Paul Voakes had little chance to make anything out of Andy Tucker’s sterling stint in the Team BRIT BMW 240i, stymied by driving straight into a caution period, then docked a further 2.6 seconds for breaching the pit window – two overall places lost, though they retained their Class 1 position. 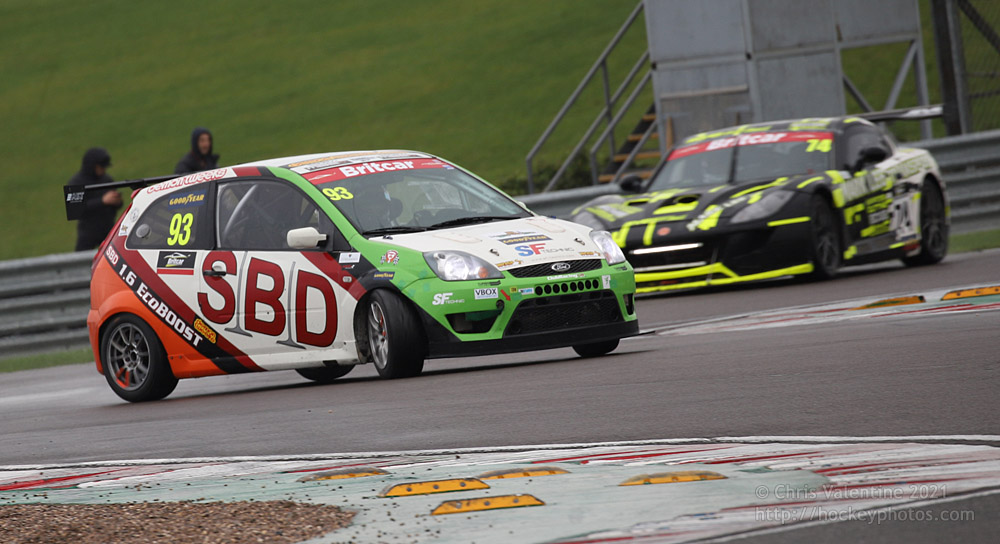 Aaron and Steve Thompson ran untroubled to the Clio class win, and the title, their classmates delayed by main rival James Black’s oily demise; Darren Geerearts/Anton Spires were second, followed by James Colburn/ Ellis Bardsley and the heavily-taped Gen 4 of Richard Colburn and Grant Williams, while the Motus One car of Brad Thurston and Will Powell expired before the half-hour mark.

The Ginetta G20 of Paul Draper and Steve Griffiths took the Class 3 win on the road, but a post-race penalty for a short pit stop of 45 seconds dropped them just behind the Golf of Anthony Rodgers and Robert Ellick, able to avoid TSR team orders to take the win this time, as the Mark Jones/ Robert Taylor Golf was back down the road in sixth place. Between them were the Civic of Steve and Edward Cook – a welcome return to the podium – the Team BRIT BMW 118, with new recruit Christian Overend impressing in his debut alongside regular Luke Pound, and the Alfa Giulietta of Barry McMahon/ Paul Plant. The Chandler Motorsport Golf endured a troubled race once again, and the Class 3 Invitation entries were led home by Alistair Esam’s Mazda MX5, followed by the McCormick/O’Donnell Golf, and the MX5 of Colin Wells.