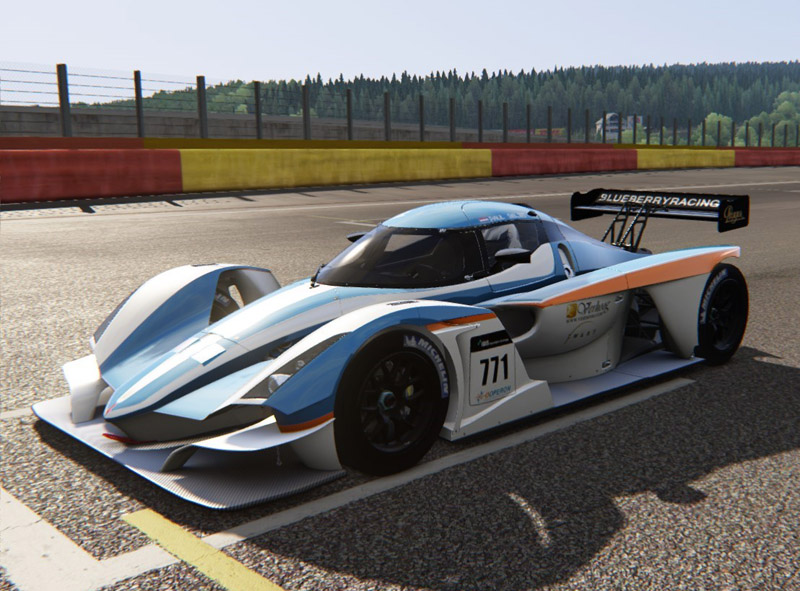 The VR Motorsport team burst onto the Britcar scene at the start of the 2019 season with their stunning Praga R1T, and were immediate front-runners, with a squad of skilled and experienced drivers. One of those drivers was sportscar expert Alastair Boulton, and he will be representing the team in Britcar’s new eSeries, though in a naturally-aspirated version of the Praga, the R1S.

So how will he fare in a "virtual" race? Alastair himself explains: "I’ve been playing driving computer games since the original Atari Pole Position days but things have moved on and the new sims are a whole different ball game. I first started using them properly two years ago so I could learn European tracks before racing on them for real, and it soon became obvious that you have to drive it like a real car – it isn’t a game anymore! I have built a home made rig which lives in my shed complete with big flatscreen TV and Logitech 920 Steering wheel and pedal setup. I have chosen the Praga R1S as my steed of choice – this was developed by the sim makers with the Praga factory and does drive pretty close to the real thing. Unfortunately the turbo version is still in the works so a bit lacking in power – hence not in the top class. I’m struggling with understeer at the moment so some tweaking of the setup is required – I am going to start by trying similar alterations as we make to the real Praga to dial this out so will be interesting to see the results".

So, much as the real thing then. Britcar wishes Alastair well in this new endeavour.