Warrington Duo back in Cayman for 2017 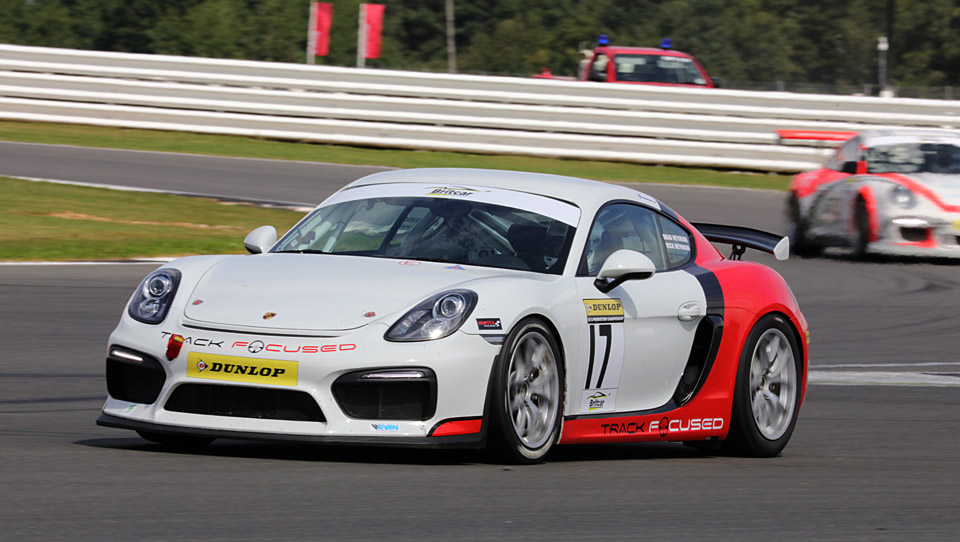 Warrington businessmen Rick and Brad Nevinson are to join Britcar in 2017 for a full season in the Track Focused Cayman GT4. Team manager Sean Cooper said "They enjoyed the 2 Britcar races they did this season at Silverstone and Oulton and particularly coming home with some podiums at Oulton. Their aim this season was to get enough signatures to get rid of their novice cross which they achieved. So they are now looking forward to a full championship campaign in 2017."

The GT4 variant of the Cayman was the first ‘proper’ race car based on the Boxster/Cayman model the company has ever produced, boasting a 3.8 litre flat six engine paired with a slightly modified PDK double-clutch gearbox.

"They have also asked me to share some of the drives with them which I’m looking forward to. We’ve previously competed in Britcar with a Ferrari 430 Challenge car. The new ‘revised’ Britcar is much improved and I believe will only get better and stronger in 2017. The 2 rounds we did this season have shown great promise." Sean continued "They are excited and a little apprehensive of the night races as it will be their first experience of them."

Based in a 4000 sq ft warehouse in Ellesmere Port, Cheshire – just 20 minutes away from Oulton Park – Track Focused have experience of and currently compete in top level GT, Sports Car and Endurance racing Championships throughout the UK and Europe. As they have demonstrated with Rick and Brad, they specialise in taking Track Day drivers and developing them into successful racers. Driver development and improvement is something they are well known for and find extremely rewarding.